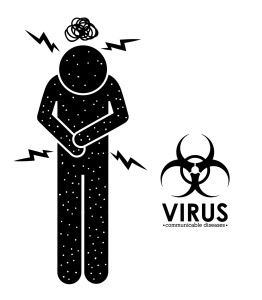 It wasn’t that long ago that all we heard about in the news was Ebola.  Although the thought of blood hemorrhaging from my eyes, nail beds and anus wasn’t pleasant, it was also so incredibly unlikely that you had a better chance of being savagely torn limb from limb by sharks in Missouri.  What wasn’t unlikely, though, was catching the flu virus known as H3N2.  Because the virus mutated after the flu vaccines were created, we were left with little or no protection from it.  In fact, the CDC predicts that vaccine’s effectiveness was 18 percent.

So, you can guess what I’ve been doing since the last post here on February 5th.  I finally broke down and went to the doctor last week and he healed me with a miracle drug and some miracle syrup.  Hooray!  So, four fucking weeks later, I’m back on the scene, ready to kick your asses for being idiots.  Are you ready?

I’m introducing a new section to Waterworth Writes called “English is Awful.”  This is a blog post a week about why English is terrible and what you can do about it.  Think of me as Grammar Girl’s meaner twin.  Because fuck English.

As I’ve stated before, English is among the most difficult languages for anyone to learn.  You’re lucky if you grew up speaking it, even more so if you grew up speaking it and Mandarin or Japanese, the other two top contenders.  As a writer, I’ve got this love/hate relationship with this language.  Ultimately, there’s a word to express anything  you need to say in this language, but whether or not someone else will actually understand what you’re saying is another question entirely.

Other changes you might want to be aware of:  I’ll be changing my posting days to Tuesday and Thursday, mostly because I want Mondays off.  If you don’t like it, fuck you — there’s a reason this isn’t a democracy.