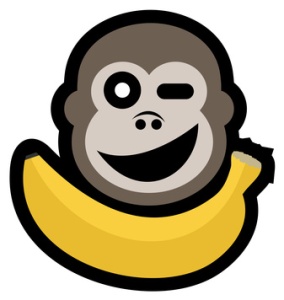 So, I might have lied to you a little bit.  Tiny, little teeny itty bit.  But if it helps any, I didn’t realize I was doing it at the time.  That is to say, I was in denial, so I don’t think that’s the same as lying.  Anyway, whatever it is, you’re still groveling here, so you clearly love abuse.

I have been busy, but I’m never too busy for this blog.  This blog is an exercise for me.  I don’t skip it because I have other work — it makes that other work easier to do.  I’ve been skipping it because there for a little bit I sort of lost my voice.  I’ve done it before, but this time it was a sneaky sort of thing, I didn’t even see it coming.  I was just writing along and some motherfucking ninja snuck up behind me and voice-napped me while I worked.

Where Did All the Voices Go?

It’s kind of a problem for our industry.  You spend so much time trying on different hats that sometimes you forget what’s under all of them.  You find another hat (OOOH!  A FEDORA!) and it’s so shiny and nice that you walk right out of the store with it before you realize that your everyday hat is still hanging in the dressing room.  It’s not the end of the world, your name’s clearly written inside, but that doesn’t mean you’re going to remember which dressing room you left it in right away.

I didn’t realize I had lost my hat, my swing, my voice, until last night when I was asking a friend to look over something I was really struggling with.  You have to understand, business blogs are my bread and butter, I know this stuff back and forth, I am the motherfucking Queen of the eCommerce Blog — so when I ask for someone to look them over, something is seriously fucking wrong.  She read this goddamned train wreck, then remarked that she knew how I felt when “I hand you fornicating monkeys. It just doesn’t feel right.”

Finding Your Swing, Taming Your Monkeys

So, this blog is about finding your voice.  Not about monkeys fucking a football.  *ahem*

As a side effect of writing golf blogs for almost three years, I learned a lot about the game of golf, which was quite upsetting.  One of the things I did over the years to keep going with those blogs (I no longer write them, but they left a scar) was to watch and rewatch the movie “The Legend of Baggar Vance.”  Hang on, I’m going somewhere with this.

In the movie, there’s a magical caddy, played by Will Smith, who helps the main character, Matt Damon, find his talent again.  Spoiler: he’s a golfer, it’s his swing, whatevs.  But the thing is that as writers, we’re kind of like that… we each have our own voice buried under those layers of education and stylebooks and client preference and life going on around us being one giant fucking distraction.  And in all of that sometimes we kind of forget who we are and what we sound like when we just write free of it all.

In other words, sometimes we get such a big stick up our own asses that we forget how to write.

If you’re like me and in a huge need of dislodging a nine-iron, here are a few tips to get you started:

1. Stop fucking judging yourself.  If you’re at a high level in your game, for fuck’s sake, stop second guessing every word.  “Do I sound too country?  Is this phrase worn out?”  My God, person, just shut the fuck up and write.

2. Write, then edit.  Age old advice that I never follow.  Write, then edit.  WRITE FIRST.  Give your ideas life, then shave all the body hair off, clip the unsightly moles, trim the unibrow, dress it up a little.  But it has to have life before you can give it shape.  You dig?

3. Relax a little.  Ok, this is more of an exercise, like a stretch, than a mental thing.  I want you to reach behind you and grasp the handle that’s firmly protruding from you like a tail, grab with both hands and pull as hard as you can.  If it’s shiny and silver, it’s probably an iron.  If it’s grained and stained, it might be a wood.

4.  For fuck’s sake, just write.  I may have mentioned this, but just fucking write already.

If none of that works, I hear that a lot of writers find solace in hard drugs.  I’ve always been a fan of a mix of caffeine, Flonase and Sudafed.  But to each their own.

I’ll be back next week with more tips on building a better blog.